Create the right seedbed, drill at the right time, and plant the right variety. All three will set cereal crop yield potential for the rest of the season, so deserve close attention.

That is the message to the region’s cereal farmers from Nigel Scott, Northern England technical manager for leading agronomy firm ProCam, as autumn decisions are taken on farms.

According to Mr Scott, maintaining high yield is essential to help insulate farm businesses from the effects of current grain price volatility.

But while decisions on inputs made later in the season are vital for stopping yield being eroded, good establishment decisions in autumn will set that yield potential in the first place, he stresses.

“As part of setting up a crop’s yield potential, we see that the key factors of seedbed quality, drilling date and variety choice are often interlinked,” says Mr Scott.

“Twenty years ago, only a handful of farms in the region had blackgrass. Now it’s on 60-70% of farms. Added to that, problems controlling it with foliar-acting herbicides due to resistance mean growers have had to shift to relying more on soil-acting treatments. These, in turn, require a good seedbed to give the best results.

“There is also ryegrass control to consider with soil-acting herbicides. And grassweeds also influence drilling date and, to an extent, variety choice,” he adds.

In fields where autumn-germinating grassweeds are known or suspected, Mr Scott says it has become increasingly important to delay drilling – so that a larger proportion of the weed population emerges before planting, when it can be sprayed off in a stale seedbed and so reduce the weed numbers germinating in the crop itself.

“Another key advantage of delaying drilling, if you’re able to prepare a good seedbed, is that soil-acting, residual herbicides are likely to be more effective when applied to wetter, cooler soils, more typically found later into October.

“If you need to delay drilling, look for faster-developing varieties where their growth pattern is able to catch up with being planted later,” he adds.

“Alternatively, if you are able to plant a crop early, for example in early September because you haven’t got a grassweed problem and are growing first wheat with no take-all risk, then you want a variety that is suitable for early drilling.

“There’s been quite a lot of the new winter wheat variety Graham grown this season. It’s an ‘early in and early out variety’ in that, as well as being suitable for early drilling, it’s also fairly early maturing, which is useful for spreading workloads.”

“In addition, remember that, once a variety is in the ground, it sets the disease risk in that field for the rest of the season.

“Earlier this spring, disease pressure was low even in more disease-prone varieties because the weather was so dry. But after T2 we had torrential rain and the pressure increased. It would have been easy to get caught out if you had chosen a more risky variety – especially if you were late applying fungicides.

“A lot of farmers stick mainly with varieties they’ve grown for a few years. But some of the newer varieties such as Graham and Siskin have brought good Septoria tritici resistance.

“There is a big difference between a variety with a six or seven rating for Septoria tritici resistance and a four rating. Graham has been an easy variety to look after,” he notes. 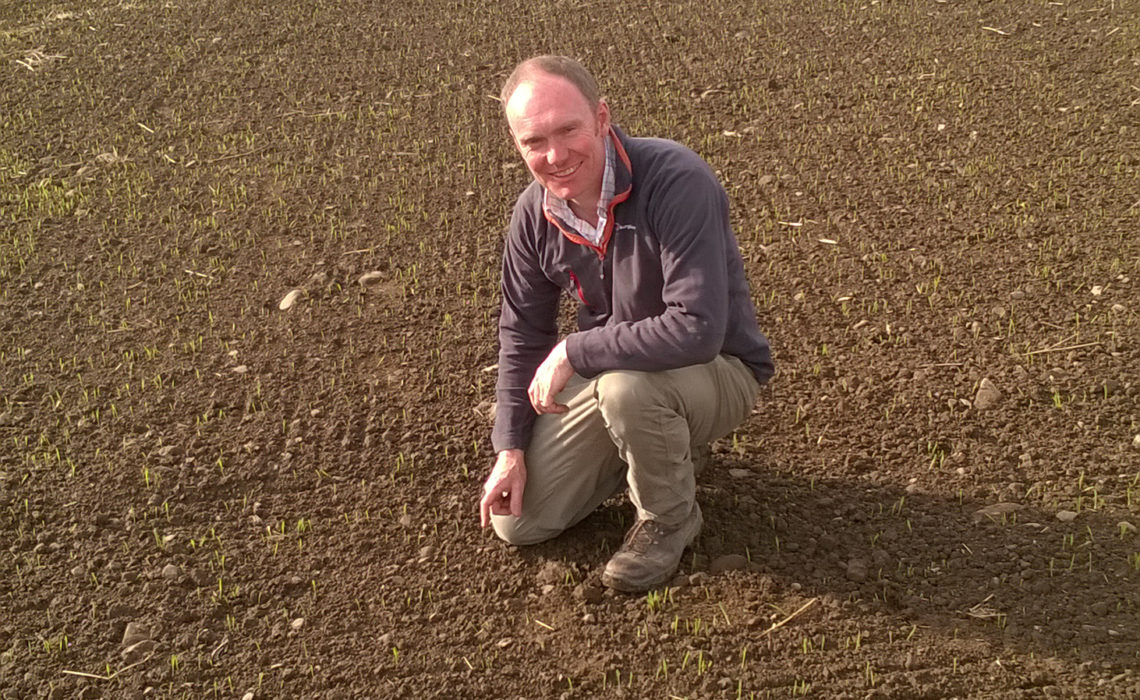